Photo: Becky Albertalli talks everything Simon at the Utrechtse Kinderboekhandel.

Becky Albertalli was one of the authors at YALFest on Sunday April 24, the first Young Adult Literature Festival in The Netherlands. But the Oreo-loving writer hit the road the day after with the Blossom Books ladies. In the afternoon she joined a discussion with her fans at the second floor of the Utrechtse Kinderboekwinkel.

When she arrives, Becky probably just came from the ‘crime scene’. Once she walks in, Dorothé from De Utrechtse Kinderboekwinkel shows her a picture of the shelves where normally the Oreos are supposed to be at the supermarket around the corner. Becky laughs and admits: “I do love my oreo’s.” She’s even wearing Oreo-shaped earrings.

Luckily for the guests the bookstore was able to get some special edition Oreos. With cups of tea because of the rainy weather the atmosphere is immediately good. Dorothé explains the story from Simon vs. the Homo Sapiens Agenda for the ones who haven’t read the book yet. Among the group there are some students from the Christelijk Gymnasium Utrecht who will use the book for a school assignment.

Dorothé explains what’s going on with Simon and Blue, who are emailing eachother under a secret name. “They’re talking a lot about how difficult it is when you’re a boy and you’re 15 years old and you’re falling in love with another boy. Then you have to do your coming out.” And that’s not so easy or naturally. “Simon notices when you’re a boy and a girl it’s normal, and when you’re not ‘normal’ you have to make a statement for your family and friends. And that’s not fair, or normal.”

Myrthe Spiteri from Blossom Books explains how this got the publisher thinking. “It discusses why it’s unfair that only gay people should come out or only people who differ from the standard have to come out and explain who they are. Actually what I thought was: maybe no one should come out, maybe it shouldn’t even matter what you are. But there’s still so much mystery about it and people are still afraid to come out.” She started the Simon Movement, to agree to Blue and Simon that everyone should ‘come out’ and not just certain people should feel awkward. “Everybody has to say who they are just to make a statement: why are we doing this? I think to be able to reach the point where no one will discuss if it matters that you’re gay or straight, we should start this action.” Myrthe herself admitted she still owns a stuffed animal.

Labels and book plans
With the Simon Movement after other LGBTQIA+ books and Barnes & Noble stories the discussion focuses about labels. Once Becky was asked to write an article that we shouldn’t have labels at all, but she couldn’t. From the reactions it turns out there are people as well who do like labels, because it helps them finding out who they are as a person. That’s why no labels isn’t the message of the book. “I think something maybe more universal to the idea about it is not so much that everyone has to come out – I don’t want every gay kid to feel like they have to come out. It’s the awareness,” Becky explains. “I think everyone should reflect on what it would feel like to come out. And if you’re straight you may decide you don’t want to come out as straight, and if you’re gay you might want to decide you don’t want to come out as gay, it’s the awareness that you may come out.”

Photo: Becky signs her book with both covers for her fans. 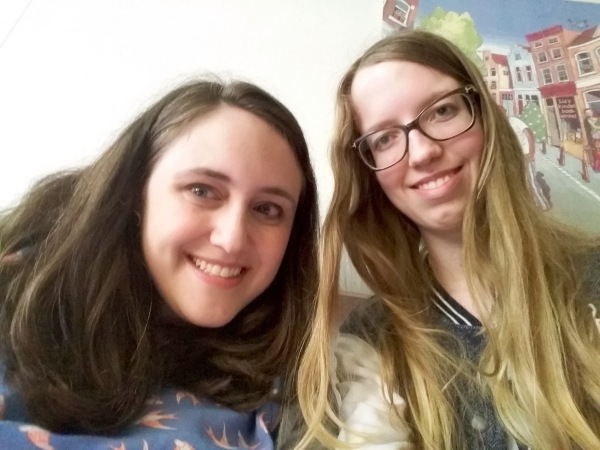 Photo: I took a picture with Becky too, selfietime!

However labels do happen to be difficult sometimes. At the moment Becky is working on a new book about main character Molly, which nine readers have read already. “And one of the things that was in the book is my main character that mentions that she’s straight. And one of my readers pointed out ‘this reads to me like a little bit like no homo, you know’. I didn’t mean it that way, I meant it like Simon’s idea of everyone has to come to out, so it’s a part of her person. So it’s really complicated.”

The new book has a female main character and is because of that a little “closer to home” for Becky. “The main character is a chubby, straight, Jewish girl.” Becky tells us right before the signing – she actually has another event in the evening in Hoofddorp, even though it seems she could chat forever in the intimate setting – about her writing secrets for next books. Apart from the fact that Becky loves “characters kissing”, the details stay with the lovely group of Oreo-eaters. 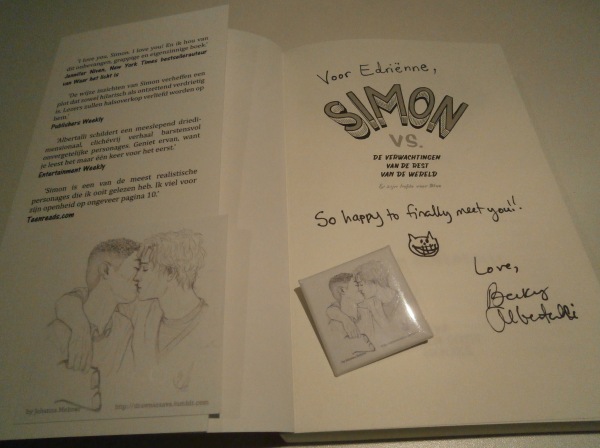 Photo: Next to an autograph, Becky also brought some fanart goodies! 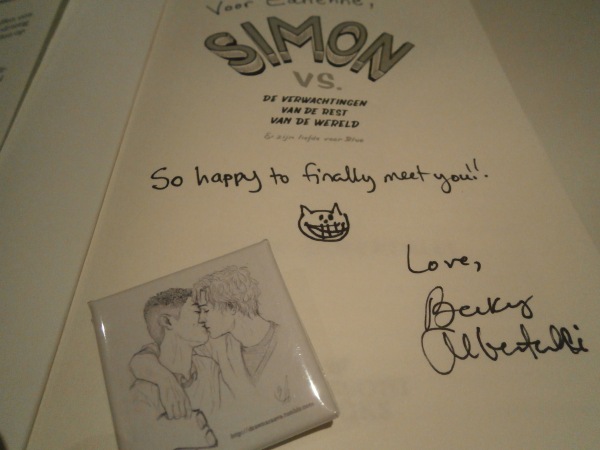 Photo: Now that I finally met Becky, she signed my book with a drawing of the cat that was on my shirt that she found ‘perfect’.

I had an absolute blast at the event and meeting Becky. This was actually the first time ever I ate Oreos too, can you imagine? When did you eat your first Oreo?

7 thoughts on “Oreos with Becky and bookfriends”